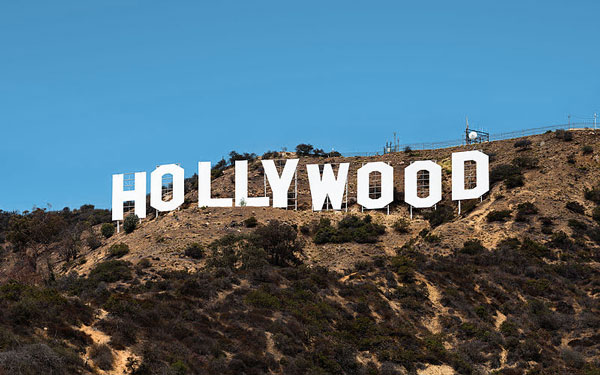 Hollywood is at the epicenter of an incredible movement of the Lord.  In North America today the average person spends less than 28 hours a year in church but 6 hours per day saturated in media.  That’s 2190 hours in media versus 28 hours in church!  Wow!

Most people spend more than half their day saturated in media.  A recent Nelson study determined there are more televisions in America than human beings!  The average child will have watched 4,000 hours of TV before Kindergarten.  By age 18 the average person in America will have seen 16,000 simulated murders and 200,000 acts of violence through media (National Institute on Media and Family).

If you want to impact a generation – impact what is impacting them – MEDIA!  Better yet – impact it with your most powerful tool – love and prayer.

I have been in development on a major motion picture about the Jesus Movement and Lonnie Frisbee.  The script is now completed and we are believing that this movie will be completely funded and released within the next year.  We are not cursing the darkness but putting a light forth to reach those in great darkness and despair.

I want to invite you to an event which I am involved with called THE CRY HOLLYWOOD.  On Thursday, March 15, 2012, at the Gibson Amphitheatre, 100 Universal City Plaza, Universal City, CA from 2:00 p.m. until 10:00 p.m. you are invited to come join us from a time where thousands will cry out to God to BLESS HOLLYWOOD.  The CRY Hollywood is a strategic day of worship, prayer, fasting and decreeing the blessing of God into the heart of entertainment media.  We are believing God to release His glory in a way that will ripple through the earth.  Join us in touching a city that touches the world.

This month is the 10th anniversary of the tragedy which was called 9/11.  I don’t think anyone will forget where they were when they first got the call or turned on the television to hear about it.   It was astonishing to think that this could happen in America!

But God said that everything that could be shaken would be shaken.  We are at a time of shaking in our nation and God is calling His people back into seeking His face.  II Chronicles 7:14 states:  “If my people who are called by MY name will humble themselves and pray and seek MY face; then I will hear from heaven and HEAL THEIR LAND”.

It’s time to call 911.  It’s time to pray to God the scriptures in Psalms 91:1.  “He that dwells in the secret place of the Most High shall abide under the shadow of the Almighty.  I will say of the Lord,  He is my refuge and my fortress, my God, in Him will I trust.  Surely He shall deliver you from the snare of the fowler, and from the noisome pestilence, He shall cover you with His feathers and under His wings shall you trust.  His truth shall be your shield and buckler”.

Wow!  Under His wings we will find refuge.  I don’t care what type of problem you are facing!  Just stay under the wings of the Father and He will shield you from all your troubles.  He never said it would be easy!  He just said that He would never leave you. 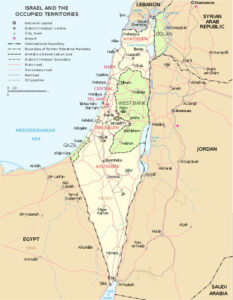 We also need to pray for Israel during this time.  I have been to Israel six times since 2005.  I first went to Israel at the time of the Passover in 2005.  It was a very special time for me and God really spoke to my heart.  He opened up so many doors for filming television programs for my show “Now is the Time”.

One such interview was with a messianic jewish believer named Israel Orbach.  His daughter, Jael, had been blown apart by a suicide bombing in Tel Aviv.  She was supposed to have been married the next month.  In her father’s own words he said, “So instead of marrying her, I bury her”.  He is a prophet of the Lord and lives on Samuel’s mountain in Israel.  He speaks about how he met one of the 9/11 suicide bombers, Mohammed Atta, in an airport in Florida.  This was before the event happened on 911.

Watch this program on my website now and hear Israel’s proclamation of warning to the United States!   We need to pray now more than ever before.  God is opening up so many doors!  We cannot fear  but trust that God has everything under control.

In closing, the Lord gave me Isaiah 49 this afternoon while praying.  And the Lord spoke to me and said “I will never forget my people”.  God will not forget Israel and He will not forget you.  These are the scriptures to meditate upon that God gave me for you….NEVER FORGET!”

Isaiah 49: 8-    :  “Thus says the Lord, In an acceptable time have I heard you, and in a day of salvation have I helped you: and I will preserve you, and give you for a covenant of the people, to establish the earth, to cause to inherit the desolate heritages; that you may say to the prisoners, Go forth; to them that are in darkness, Show yourselves.  They shall feed in the ways, and their pastures shall be in the high places.  They shall not hunger nor thirst; neither shall the heat nor sun smite them: for He that has mercy on them shall lead them, even by the springs of water shall He guide them.

And I will make all my mountains a way, and my highways shall be exalted.  Behold, these shall come from far: and lo, these from the north and from the west; and these from the land of Sinim.

Sing, O heavens; and be joyful. O earth; and break forth into singing, O mountains: for the Lord has comforted His people and will have mercy upon His afflicted.

Can a woman forget her sucking child, that she should not have compassion on the son of her womb?

Yea, they may forget, yet will I not forget you.  Behold I have graven you upon the palms of my hands, your walls are continually before me.”

<The Lord is saying to you all, “That I have not forgotten you.  I have heard your prayers and your cries will not go unanswered.  I will never forget you and will now bring you forth into a new season of harvest.  I will avenge evil and now is the time of deliverance for my servants and those who seek my face.  Go forth in faith and do not doubt that this is the year of favor!  Declare it, Decree it, Deliver it! 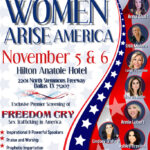