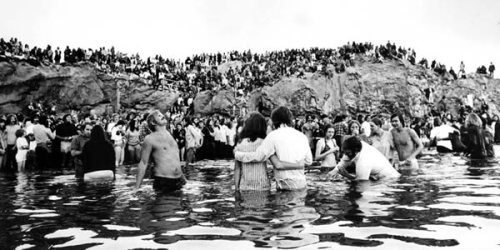 I believe that we are on the verge of the greatest move of God in history! God is going to give us double for our trouble! Double portion, double honor, double favor! But many of you have experienced so many trials and challenges you have come into a position where it seems like it will never happen.

It’s time for the Restoration of All Things

Two years ago at Christmas time I heard the spirit of the Lord speak to me, “Tell the people, I am going to make their dreams come true!” This is the time that God is going to restore everything that was lost, broken and forgotten. It’s always darkest before the dawn! It’s time for the restoration of all things and for the great harvest of souls to come into God’s kingdom before the 2nd coming of Jesus Christ!

The #14 represents deliverance and salvation and is used 22 times in the bible. The 14th day of the month is the Passover when God delivered the firstborn of Israel from death. On the 14th day of the first month in 30 AD, Jesus was crucified as the perfect sacrifice to save mankind from sin. Jesus death on Passover completed His ministry on this earth to free the world from sin.

I woke up on Labor Day of 2013 and heard the Lord speak to me, “It’s time for the earth to give birth.” I knew that God was speaking to me about a great harvest which was going to come forth! I believe that we are now at the door for this movement to come into fruition.

In 1996 I formed a foundation called “Youthwave Explosion” under the guidance of the Lord. God spoke to me and said there was a greater move of God coming Lonnie Frisbee than in the Jesus Movement. In the late sixties the Lord touched a Hippie named Lonnie Frisbee with the power of the Holy Spirit. Through a series of divine coincidences God brought Pastor Chuck Smith and Lonnie Frisbee together. It erupted into a movement and the rest is history. Thousands of people came to the Lord and Calvary Chapel (Chuck Smith’s small church) exploded on the scene where thousands of hippies found redemption through Christ!

The Changing of the Guard is At Hand

The changing of the guard is at hand. Many church fathers have recently gone home to heaven including Pastor Chuck Smith (October 3, 2013) and Paul Crouch who started Trinity Broadcasting Network (TBN) on November 30, 2013. Evangelist Billy Graham is very frail and also on the verge of being taken home to heaven.Calvary Chapel

In Malachi 4: 4-5 the Bible states: “Behold I will send you Elijah the prophet before the coming of the great and dreadful day of the Lord.. And he will turn the hearts of the Fathers to the children and the heart of the children to their Father’s, lest I come and smite the earth with a curse.”

In II Kings 2 Elijah is ready to be taken up into heaven. Elisha had been serving Elijah and by the spirit knew that it was time for his departure. He asked for a double portion of the spirit that was on Elijah as seen in II Kings 2: 9 – 14:

9 And it came to pass, when they were gone over, that Elijah said unto Elisha, Ask what I shall do for thee, before I be taken away from thee. And Elisha said, I pray thee, let a double portion of thy spirit be upon me.

10 And he said, Thou hast asked a hard thing: nevertheless, if thou see me when I am taken from thee, it shall be so unto thee; but if not, it shall not be so.

11 And it came to pass, as they still went on, and talked, that, behold, there appeared a chariot of fire, and horses of fire, and parted them both asunder; and Elijah went up by a whirlwind into heaven.

12 And Elisha saw it, and he cried, My father, my father, the chariot of Israel, and the horsemen thereof. And he saw him no more: and he took hold of his own clothes, and rent them in two pieces.

13 He took up also the mantle of Elijah that fell from him, and went back, and stood by the bank of Jordan;

14 And he took the mantle of Elijah that fell from him, and smote the waters, and said, Where is the Lord God of Elijah? and when he also had smitten the waters, they parted hither and thither: and Elisha went over.

Do you notice that Elisha cries out in verse 12: “My Father, My Father”. Elisha did receive a double portion of the spirit of Elijah and in his ministry did twice the works of his spiritual father, Elijah.

Let Go of the Past, to Receive the New Thing

2014 is going to be a year of the double portion. The Lord is sending forth the spirit of Elijah and is going to be restoring families, finances and futures. But Elisha had to tear his own clothes in two before he picked up the mantle of Elijah. You have to let go of the past and what has not worked up until now to receive the new thing.

We have never walked this way where we are going. The Father God in heaven is going to be bringing forth the “Greatest Show on Earth.” It will look very different than any other movement in history. But it will turn father’s hearts back to their children and will restore the lost. This will be the last move before the coming of Jesus Christ to this earth. It’s time for the earth to give birth! It’s time for the double portion anointing! It’s time for the harvest of God’s sons and daughters! Get ready….on your mark, get set…..GO!